The aim of this section is to remember the men and women of the County of Ceredigion, in West Wales, who gave their lives during both World War 1 and World War 2.

This site is mostly geared up toward men who fought in the Great War, due to the tremendous amount of research material available, but the men of World War II are not forgotten, being also remembered on this website, and more information will be added as it becomes available. These men are harder to research, as their Service Records are not yet available to the general public, so this will be an ongoing project. 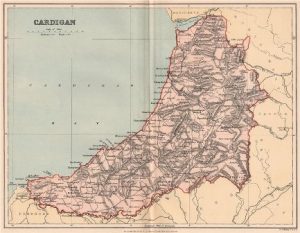 Estimated Casualty Figures For The County

Over 1,100 men from the old County of Cardiganshire fell during the Great War of 1914-1918, and over 500 men and women fell during World War Two. These heroes are commemorated on War Memorials which are scattered all over the county, ranging from names on parents graves, single plaques in Chapels and Churches to Cenotaphs, such as the ones at Cardigan, Lampeter and Aberystwyth. Research is currently on-going to build this website, and so any additional information is most welcome.

To see details of each war memorial, simply click the relevant link below: