Caernarfonshire, or Carnarvonshire, is one of thirteen historic counties of Wales, and is named after its county town of Caernarfon.

The county is bounded to the north by the Irish Sea, to the east by Denbighshire, to the south by Cardigan Bay and Merionethshire, and to the west by Caernarfon Bay and the Menai Strait, separating it from Anglesey. 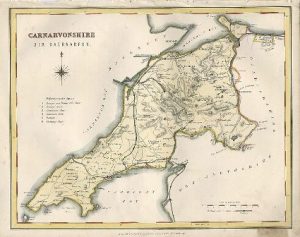 The county has numerous war memorials in its towns and villages, mostly situated in Churches and Chapels. It also has a rich military history, being the modern day home county to the famed Royal Welch Fusiliers. Below is a list of some of the towns and villages in the county. Those with hyperlinks point to completed pages on this website. Those without are yet to be written up: