Llandeloy is a small village situated in the rural heart of Pembrokeshire, about nine miles north-west of Haverfordwest in the community of Brawdy. Within the village is the ancient St. Teilo’s Church, which contains a stained glass window in memory of the one man of the village who fell during the Great War. There is also a plaque in the Church commemorating HMS Goldcrest, which was the former Royal Naval Air Service stations at Brawdy and Dale. 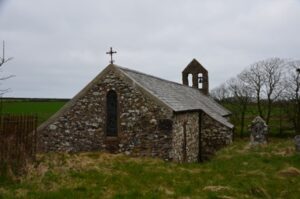 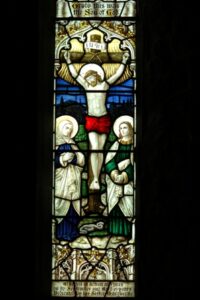 Lionel George Theophilus Thomas, Second Lieutenant, Welsh Regiment. Lionel was the only son of Theophilus Evan Thomas and Edith H. Thomas of Trehale, Mathry. He was educated at Purse School, Cambridge, becoming an officer cadet before being commissioned into the 5th Battalion, Welsh Regiment from the Artists Rifles on 17 January 1916. Lionel was posted to France on 2 December 1916, where he was attached to a battalion of the Machine Gun Corps. He was killed in action during the Third Battle of Ypres on 20 September 1917, aged 19. Lionel was originally buried on the battlefield at map reference J. 25. b. 5.5, but his grave was uncovered after the war and his body was exhumed and reburied in Hooge Crater Cemetery, Belgium. 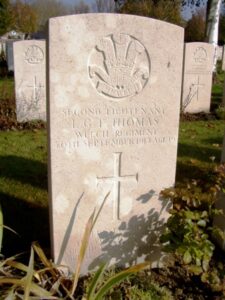 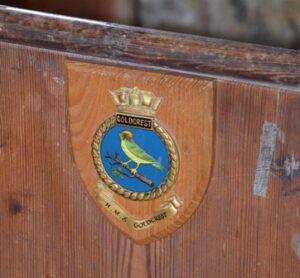