Dinas Cross is a small village sat in a picturesque location between Fishguard and Newport in the Pembrokeshire Coast National Park. The Parish is served by the Church of St. Brynach, which is a relatively modern Church, built in 1860-1861 to replace the original Church at Dinas Head, which was badly damaged by a storm in 1851, before being further damaged in 1859. Only one wall remains of the original Church. Inside the new Church is a framed scroll which commemorates the Parishioners who served and fell during the Great War, as well as two plaques to the two Roach brothers who fell during the Great War. 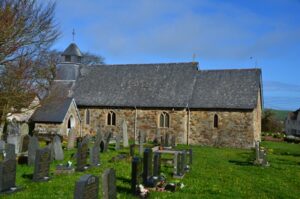 David John Roach, Private, 4443, Royal Fusiliers. David was the son of John and Elizabeth Roach, of 50, Monk Street, Aberdare. His mother Elizabeth died by around 1900, and in 1901 his father married Ann Williams, before moving the family to Dinas. By the time of the outbreak of war, David was living in London, where he enlisted into the 23rd Battalion, Royal Fusiliers. The Battalion was known as the Sportsmen’s Battalion, due to the high number of athletes and footballers in its ranks, and was attached to 99 Brigade, 2nd Division. One of the first Divisions to move to France, the 2nd Division remained on the Western Front throughout the war. They moved to Belgium, where they fought at the Battle of Mons, and retreating southwards, fought at the Affair of Landrecies, the Rearguard Actions of Villers-Cotterets, and at the Battle of the Marne where the German offensive was stopped. The Germans retreated north, and the BEF met them, fighting at the Battle of the Aisne. The 2nd Division were then moved to Flanders, where they fought at the First Battle of Ypres, when the German sweep through Flanders was stopped, and remained there throughout the first winter of the war. In 1915 they took part in the Battle of Festubert, and in September fought at the Battle of Loos, and subsequent Action of Hohenzollern Redoubt. David joined the battalion in France as a reinforcement early in 1916. In the summer of 1916 the Division were on the Somme, and took part in the Battle of Delville Wood. David was killed in action here on 27 July 1916. He was 19 years old, and was buried at Dive Copse British Cemetery, Sailly-le-Sec. His elder brother Tom also fell. 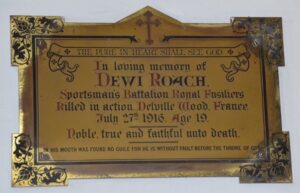 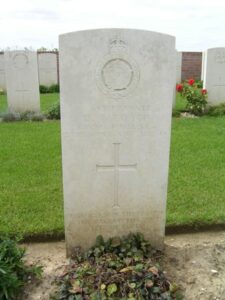 Tom Davies Roach, Company Serjeant Major, 201270, Tank Corps. Tom was the son of John and Elizabeth Roach, of 50, Monk Street, Aberdare. His mother Elizabeth had died by around 1900, and in 1901 his father married Ann Williams, before moving the family to Dinas. Tom enlisted into the Army, and was posted to the Tank Corps, where he rapidly rose to the rank of Company Serjeant Major. Tom served with the 7th Battalion, Tank Corps, and would have fought at the Battle of Cambrai, and during the 100 days offensive, which ultimately led to the winning of the war. He contracted influenza within the last days of the war and sadly succumbed to pneumonia and died on 29 November 1918 aged 27. He is buried at St. Pol British Cemetery, St. Pol-Sur-Ternoise, France. His next of kin is listed as being his sister, Mrs Maggie M. Bowen Evans, of Ty Hen, Dinas Cross. His brother David also fell. 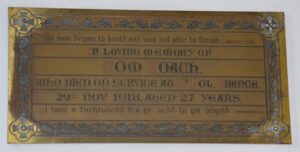 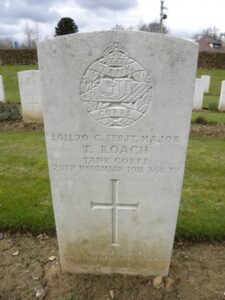 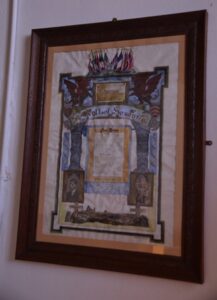