Situated on the North side of the main A40 between Haverfordwest and Narberth, are the three Rural Parishes of Wiston, Clarbeston Road and Walton East. The War Memorial in honour of the men of these three Parishes sits inside the Village Hall at Clarbeston Road, and takes the form of an engraved brass plaque. The same men are commemorated on the nearby Wiston War Memorial. Many thanks to Paul Childs for the photograph of the Memorial. 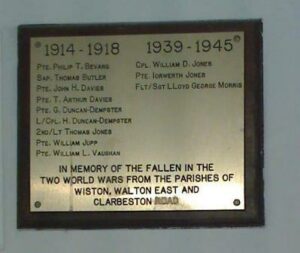 Phillip Thomas Bevans, Rifleman, C/1285, Kings Royal Rifle Corps. Phillip was the son of John and Mary Bevans, of East House, Maryborough, Wiston. He enlisted at Pembroke into the Army, and joined the 16th Battalion, King’s Royal Rifle Corps, which was attached to 100 Brigade, 33rd Division. The Division moved to France during November 1915, and saw its first major action during the Battles of the Somme, from July, 1916 onwards. Phillip was killed on the Somme on 21 July 1916. He was just 21 years old. He has no known grave, and so is commemorated on the Thiepval Memorial, France. 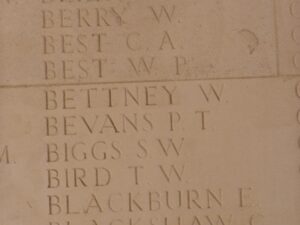 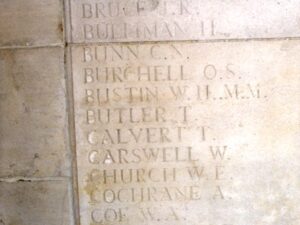 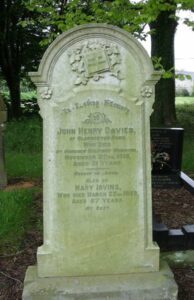 Thomas Arthur Davies, Private, 81265, Kings Liverpool Regiment. Thomas was the son of W. R. and M. Davies, of Hazebrook, Clarbeston Road, and the husband of Sarah Jane Davies, of Croft, Llysyfran, Clarbeston Road. He had enlisted at Picton Hall into the Cheshire Regiment, but was probably wounded in France, and transferred to the 23rd Works Battalion, King’s Liverpool Regiment. Thomas died of sickness at Prees Heath Military Hospital on 6 May 1917, aged 33, and is buried at Wiston Calvanistic Methodist Burial Ground. 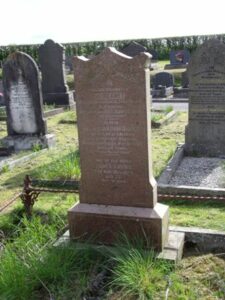 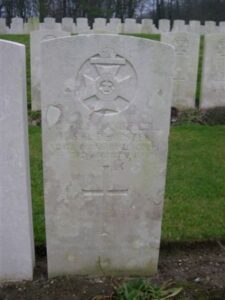 Robert George Duncan Dempster, Private, 227181, Monmouthshire Regiment. Robert was born at Fishguard in 1882, the son of Robert Dempster and Margaret Dempster (nee Evans). By 1891 the family had moved to Canal Bank Cottage, Brecon, where his father had gained a position as Huntsman. Robert lived with his uncle, Thomas Evans, at Dolgwili, Abergwili, and was the secretary of the Abergwili Show. Robert enlisted at Newport into the 2/1st Battalion, Monmouth Regiment soon after the outbreak of war. The Battalion formed at Newport on 20 February 1915 as part of the Welsh Border Brigade, Welsh Division. On 19 April they moved to form part of 205 Brigade, 68th Division, and remained on Home Service until the Division was disbanded on 31 March 1918. The men of the 2/1st Monmouths must have been sent to reinforce the 1/1st Battalion in France, who were the Pioneer Battalion to the 46th Division. By this time, the German Spring Offensive was at its height, and the Allied armies were suffering a terrible onslaught, with many Battalions being almost wiped out. The War turned in the Allies favour on 8 August 1918, the ‘Black Day of the German Army’, when Australian troops won a decisive battle at Villers Brettoneux, and from that day on the Allies held the upper hand. The 46th Division pushed the Germans back in Flanders, then moved southwards, forcing a crossing over the formidable Hindenburg Line at Riqueval Bridge, and pushing on toward Cambrai. Robert was badly wounded on 10 October 1918, and died of his wounds at No 12 Casualty Clearing Station that same day. The 36-year-old is buried in Tincourt New British Cemetery, France. Robert is also commemorated on the Abergwili War Memorial. His brother Harry also fell. 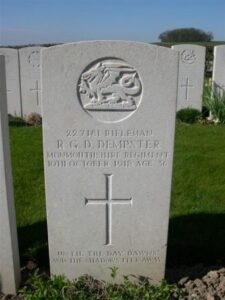 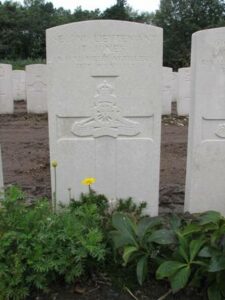 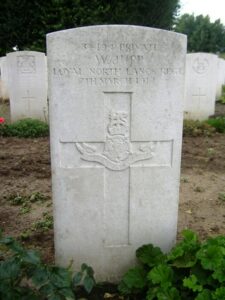 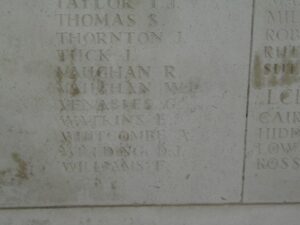 Iorwerth Jones, Private, 3969349, Durham Light Infantry. Iorwerth was born in Glamorgan in 1913. Prior to the war he resided at 26b, North Crescent, Haverfordwest. He served with the 16th Battalion, Durham Light Infantry. The battalion formed in Edinburgh in July 1940, and sailed from Liverpool on Christmas Day 1942 aboard the MV Staffordshire, as part of 139 Brigade, 46th Infantry Division, for Tunisia. After the fall of the Axis troops in North Africa, the battalion took part in the Salerno Landings of September 1943, and the subsequent campaign in Italy. Iorwerth was killed in Italy on 13 September 1944, aged 31. He is buried in Coriano Ridge War Cemetery, Italy.

Lloyd George Morris, Flight Sergeant, 628708, Royal Air Force. Lloyd was born in 1914, the son of Dan and Sarah Ann Morris, of Scolock East, Clarbeston Road. He joined the Royal Air Force, and trained as a Wireless Operator, before being posted to RAF Pocklington, in Yorkshire. Lloyd married Elsie Irene Aylett at Pocklington in 1941. On 10 April 1941, Lloyd took off from England aboard an Armstrong Whitworth Whitley, Serial T4165, which was on a secret mission to drop a team of Polish saboteurs in occupied Europe. The aircraft developed problems whilst flying over France, and turned back. It crashed at Tangmere early in the morning of 11 April 1941, killing Lloyd and two other crewmen. He was 28 years old, and is buried in Middleton-on-the-Wolds Church Cemetery. He is also commemorated on his parents grave at Wolfscastle. 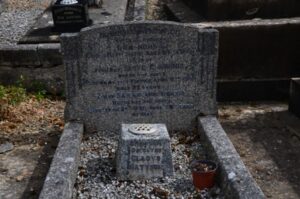 David Maurice Rees, Able Seaman, P/JX. 219796, Royal Navy. David was the son of Daniel and Ann Rees of Wiston. He served with the Royal Navy at HMS Victory, the shore establishment at Portsmouth. David died at Portsmouth on 10 January 1946, aged 31. He was brought home to be buried at Wiston Calvanistic Methodist Burial Ground. David does not appear to be commemorated locally. 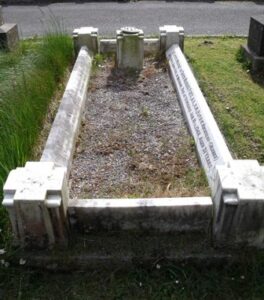