The ancient Parish of Carew lies in a picturesque location about five miles from Pembroke, on the road to Narberth. The Parish lies on the River Cleddau, just on its tidal extremities, near to which is sited the mediaeval Carew Castle. While the men of the village who fell during both World Wars are commemorated on the main War Memorial, which was unveiled on 1 September 1929, another memorial inside Zoar Chapel also commemorates its members who served, and the three members who fell. 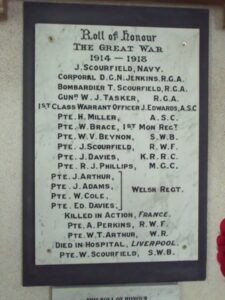 Those Who Served and Returned

William Thomas Arthur, Private, 54130, Welsh Regiment. William was born in 1896, the son of George and Martha Arthur, of White Hill, Carew. He enlisted at Carmarthen into the 15th Battalion of the Welsh Regiment, which was the Carmarthen Pals Battalion. In 1915 the Battalion became part of the 114th Brigade, 38th (Welsh) Division, and moved to the Western Front in December 1915, taking up positions near Fleurbaix. They fought with distinction at Mametz Wood the following year, and in 1917 played a major part in the capture of the Pilckem Ridge during Third Ypres. They were rushed to the Somme in spring 1918 to help stem the German push towards Amiens, and then took part in the great offensive of August 1918, where they forded the flooded River Ancre on the night of 22 August 1918 which began the great drive to victory. The Division pushed steadily through Pozières and Longueval, capturing the village of Morval, which is where William was killed on 1 September 1918. He was 22 years old, and is buried at Morval British Cemetery, France. 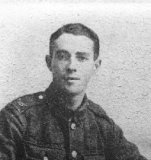 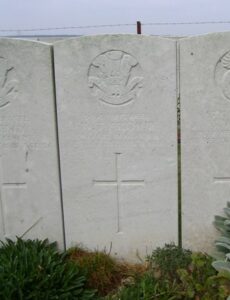 Alfred Perkins, Private, 19894, Royal Welsh Fusiliers. Alfred was the son of Mr. and Mrs. Evan Perkins, of Freestone Cross, Cresselly. He enlisted at Maesteg into the 1st Battalion, Royal Welsh Fusiliers, which was a Regular Army Battalion that had been in France since the outbreak of war. In 1916 the Battalion was attached to 22 Brigade, 7th Division, and had been moved to the Somme after taking part in the Battle of Loos. It was just two months into the Somme offensive that Alfred was killed at Delville Wood on 3 September 1916. He is buried nearby, at Delville Wood Cemetery, Longueval, France. 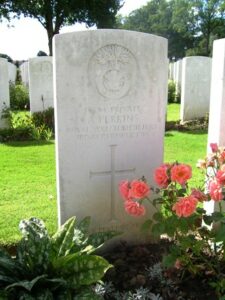 William Scourfield, Private, 29530, South Wales Borderers. William was the son of John and Catherine Scourfield, of Cresswell Quay, Cresselly, and had served with the 3rd Battalion, South Wales Borderers on Home Service, guarding the Dockyards at Liverpool. He became ill and died of sickness at Liverpool Military Hospital on 26 February, 1917 aged just 18. His remains were brought home and he was buried in Pisgah Baptist Chapelyard. 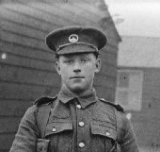 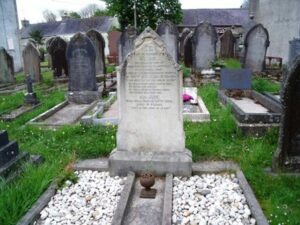