Brawdy is situated at the northeast corner of St Brides Bay. The southern half of the parish is in the Pembrokeshire Coast National Park, and includes the villages of Penycwm and Newgale, and the hamlets of Eweston, Tancredston, and Trefgarn Owen. During the second half of the 20th century, it was home to a large Fleet Air Arm Station, HMS Goldcrest, and later became an RAF Station, before the base was given over to the army, and renamed Cawdor Barracks. Over the years several members of the forces who died while on service at Brawdy were buried within the cemetery at St. David’s Church. These personnel are commemorated below. 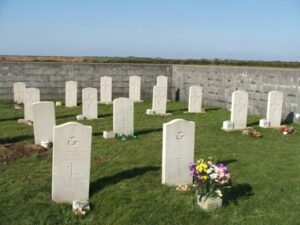 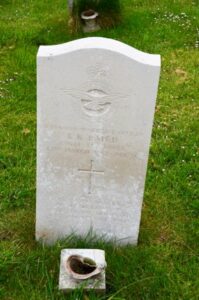 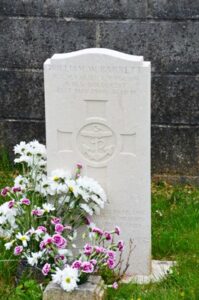 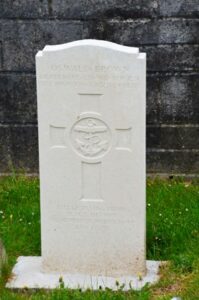 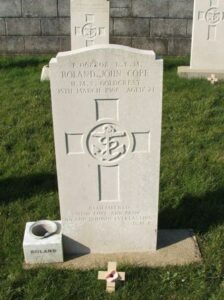 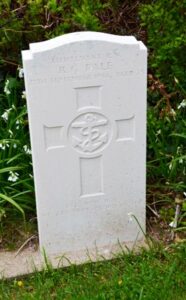 Terence David Flinn, Lieutenant, Royal Navy, HMS Goldcrest. Terence was born on 5 January 1938. He was one of three men who died when their Westland Whirlwind Helicopter crashed during an air-sea rescue training flight on 24 July 1963. He was 25 years old. 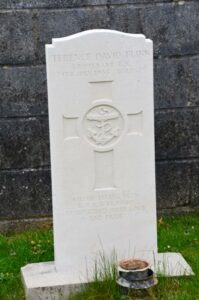 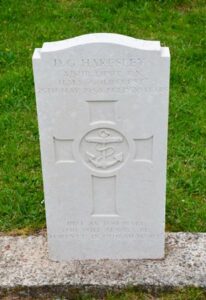 David Kelvin Hodges, Midshipman, Royal Navy, HMS Goldcrest. David was born on 17 May 1946. He was killed while pilot training, after being forced to eject over St. Bride’s Bay from his stricken Hawker Hunter T8C, Serial WV367, on 23 November 1965. David was 19 years old. His fellow crewman Lt R C Rance survived. 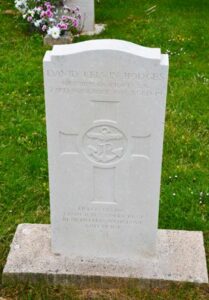 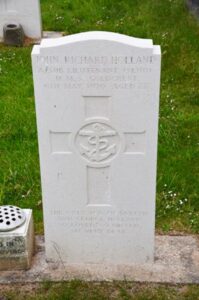 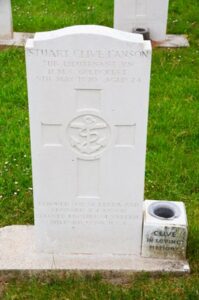 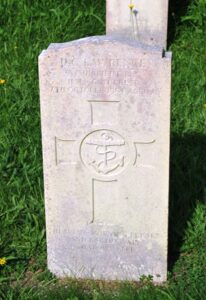 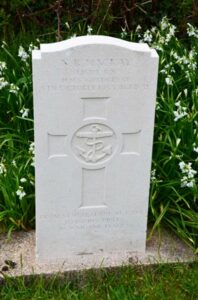 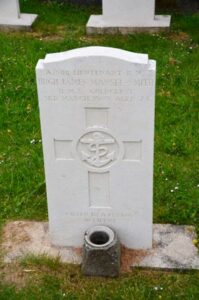 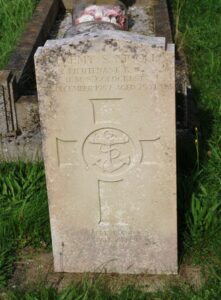 Robert Graham Skelton, Naval Airman 1, F967936, Royal Navy, HMS Goldcrest. Robert was born on 10 January 1939. He was one of three men who died when their Westland Whirlwind Helicopter crashed during an air-sea rescue training flight on 24 July 1963. He was 24 years old. 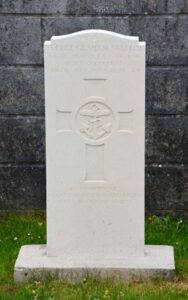 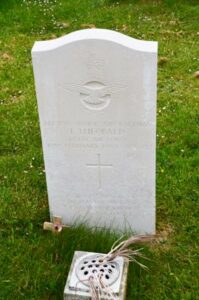 Rodney Timms, Naval Airman 1, F973530, Royal Navy, HMS Goldcrest. Rodney was born on 1 April 1941. He was one of three men who died when their Westland Whirlwind Helicopter crashed during an air-sea rescue training flight on 24 July 1963. He was 22 years old. 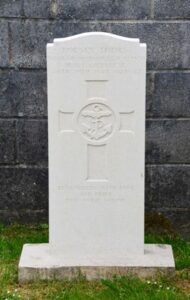 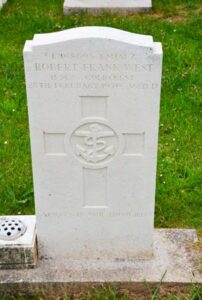 Over the years that RAF Goldcrest was active, there were several other servicemen and women who died or were killed in aerial accidents, who were buried elsewhere. From 1943-1947 Goldcrest was based at Dale, while from 1947 onwards it moved to Brawdy. These include;

Iris Betty Stillman, Wren, 81113, Women’s Royal Naval Air Service. Iris was the daughter of Charles and Eveline May Stillman, of Ely, Cardiff. She died at Dale on 24 April 1947, aged 19, and is buried at Llantrisant (Ss. Illtyd Gwynno and Tyfodwg) Churchyard, Wales.

After the move to Brawdy casualties continued, mostly due to training accidents:

Robert Mark Armitage, Midshipman, Royal Navy. Robert was born on 3 October 1936, and died while flying from RAF Valley aboard a De Havilland Vampire F.b. 5 on 19 April 1956, when it crashed into a ridge in Snowdonia. Robert was 19 years old.

Michael John Crisp, Lieutenant, Royal Navy. Michael was flying as a student when he died in an air crash at Brawdy which also killed his instructor, Brian Devine, on 15 December 1967.

Brian George Devine, Lieutenant, Royal Navy. Brian was born on 17 May 1941. He was flying as an instructor when he died in an air crash at Brawdy which also killed his student, Michael Crisp, on 15 December 1967. He was 26 years old.

Daniel Cornelius Ferguson, Lieutenant, Royal Navy. Daniel was one of two men killed when their aircraft crashed into St. Bride’s Bay on 23 February 1965.

Thomas Miall Llewelyn Leigh, Chief Petty Officer Aircrewman, FX 97069, Royal Navy. Thomas was born on 5 December 1921, and was one of three men who died during an air-sea rescue accident on 20 February 1958, aged 36.

Nicholas John Lipscomb, Lieutenant, Royal Navy. Nicholas was born on 25 November 1934, and died in the crash of a Vampire in Anglesey on 12 December 1957. He is buried in Maeshyfryd Cemetery, Holyhead, Anglesey.

David Stainthorpe McIntyre, Lieutenant, Royal Navy. David was one of two men killed when their aircraft crashed into St. Bride’s Bay on 23 February 1965.

James Brian Neville, Lieutenant, Royal Navy. James was born on 17 June 1925, and was one of three men who died during an air-sea rescue accident on 20 February 1958, aged 32.

David John Starling, Lieutenant, Royal Navy. David was born on 13 October 1940. He was flying a Hawker Hunter from RAF Brawdy on 29 September 1966 when the engine caught fire. David was killed when he ejected from the stricken aircraft. He was 25 years old and is buried at The Royal Naval Cemetery, Yeovilton, Somerset.

Gordon Walker, Mechanic (E) 1C, K974952, Royal Navy. Gordon was born on 14 August 1942. He was one of three men from Brawdy who drowned following an accident at Penycum on 15 March 1968. Gordon was 25 years old, and was buried at Ossett Cemetery, Yorkshire.

Also Brawdy would be the scene of a very sad and public air accident on 24 July 1986. A McDonnell Douglas RF-4C Phantom from 10th TRW, USAF was giving a display at the Brawdy Air Show, and was preparing for a high speed run when it disappeared from view, and crashed into the sea in St. Bride’s Bay. The navigator was reported as having ejected, but the pilot did not. The men were 31 year old Captain Mark Makowski (Pilot) and 24 year old Second Lieutenant Dewayne Danielson (Navigator). 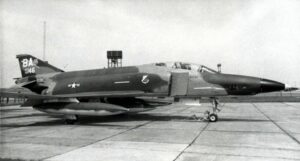