Aberbanc is a small village situated on a sharp bend on the A475, approximately four miles east of Newcastle Emlyn, near Penrhiwllan. As well as the main village war memorial, there is a marble memorial plaque inside the Methodist Chapel, Capel y Drindod. Many thanks to Huw Davies for the copies of the portraits of the men used below, and to Mike Berrell for the photograph of the memorial. 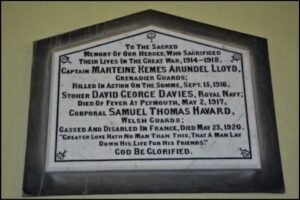 David George Davies, Stoker 1st Class, K/27472, Royal Navy. David was born at Llandyfriog on 15 January 1897, the son of Evan and Margaret Davies. His parents moved to 112, Priory Street, Carmarthen, but David resided at 10, Railway Terrace, Henllan prior to the war. He enlisted into the Royal Navy, and was posted to HMS Vivid, the Royal Naval establishment at Portsmouth. David died of sickness at Stonehouse, Devon on 2 May 1917. He was 21 years old, and is buried at Llandyfriog (St. Tyfriog) Churchyard. 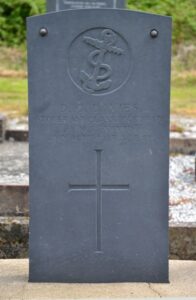 Samuel Thomas Havard, Corporal, 1268, Welsh Guards. Samuel was born in 1898, the Son of Benjamin and Anne Havard, of Woodlands, Henllan. He resided at Neaudd, Trebedw, prior to the war, and served with the 1st Battalion, Welsh Guards. The Welsh Guards were raised by Royal Warrant of 26 February 1915, at White City. On 28 April 1915 the battalion moved to Sandown Park, then on to Wellington Barracks, before landing in France on 18 August 1915. Here the Welsh Guards became attached to the 3rd Guards Brigade, Guards Division. They fought at Loos in September 1915, and the following year at Ypres and on the Somme. During 1917 the Guards fought at Third Ypres, and Cambrai, and later in 1918 took part in the great advance, ending their war at Maubeuge. Samuel survived the war, and returned home, but died on 23 May 1920, as a result of his service. He was 22 years old, and is buried at Llandyfriog (St. Tyfriog) Churchyard. His brother, Jim, had also suffered during the war, being invalided home in 1918 suffering from trench fever, after serving with the Northumberland Fusiliers. 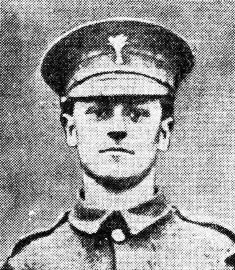 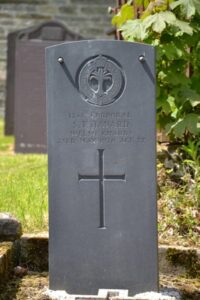 Marteine Kemes Arundel Lloyd, Captain, Grenadier Guards. Martine was the only son of Sir Marteine Owen Mowbray Lloyd, 2nd Bart, and Katherine Helena Lloyd (nee Dennistoun) of Bronwydd, Henllan. His father was the only Lord Marcher in Britain, and Marteine was his sole heir. He was educated at New Forest, Bournemouth, and at Eton, before being commissioned into the Grenadier Guards. Marteine landed in France on 4 October 1914, and joined his battalion, the 2nd Battalion, Grenadier Guards, at Ypres. The battalion was attached to the 4th (Guards) Brigade, 2nd Division, and took part in the Battle of Mons, and retreating southwards, fought at the Affair of Landrecies, the Rearguard Actions of Villers-Cotterets, and at the Battle of the Marne where the German offensive was stopped. The Germans retreated north, and the BEF met them, fighting at the Battle of the Aisne. The 2nd Division were then moved to Flanders, where they fought at the First Battle of Ypres, when the German sweep through Flanders was stopped. Marteine was wounded at Ypres in October 1914, and was mistakenly reported as being killed. He went back to France in January 1916, rejoining his battalion at Loos. By now the battalion was attached to the Guards Division, and in July 1916 the Division moved to the Somme, where they fought at the Battle of Flers-Courcelette. Marteine was killed in action at Flers on 15 September 1916. He was 26 years old, and is buried at Delville Wood Cemetery, Longueval, France. 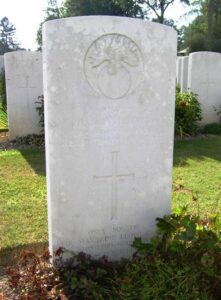