The history of Buckley’s Brewery started in 1767, when Henry Child, a Methodist, from Freystrop, in Pembrokeshire, moved to work for Sir Thomas Stepney, and began brewing beer in Stepney’s brewhouse. Child then acquired the freehold of Felinfoel mill in Llanelli. The town was growing in size due to its flourishing industrial prowess, and the growing population of industrial workers helped the fledgling brewery to develop further. Reverend James Buckley, a minister from Oldham, married Maria Child, the daughter of Henry Child, and their son James Buckley took control of the business. After his death in 1883, his three sons began trading as Buckley Brothers. In 1998, brewing ceased in Llanelli and the beer production moved to Brain’s Brewery in Cardiff, Leaving Felinfoel Brewery as the last remaining brewery in the town.

The workforce at Buckley’s were highly skilled men, yet many members of staff volunteered to serve with the forces during the Great War. Local military tribunals, however, seemed to deem the brewery as a thorn in their side, and many of the tribunals that occurred in Llanelli during the war years seemed to include brewery staff who objected to military service on various grounds. No doubt, as a defence of its workforce during the opening months of the war, the Managing Director of Buckley’s, Basil William Valentin, painted a Roll of Honour of the members of the staff of Buckley’s Brewery who had left the business to fight. Valentin sadly died of pneumonia the following year.

Of those named on the memorial, at least two were killed in action during the war, while several others were wounded, and one was awarded the Distinguished Conduct Medal. By the latter stages of the war, over sixty former employees of the brewery were serving with the colours. The company had also paid a heavy price in its motor lorries, several of which were requisitioned by the War Office at the outbreak of war. At least two of these lorries were abandoned during the retreat from Mons in August 1914, and were reported as such in letters from several Llanelli men who trudged past them during the epic retreat. 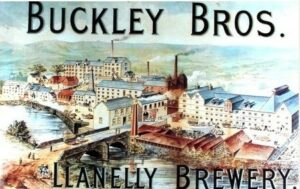 This elaborately painted memorial to the Buckley’s workforce is now housed in the Parc Howard Museum at Llanelli. This page commemorates the known members of staff of Buckley’s Brewery who fell during the Great War, and also the brewery’s own gallantry award winner, Sergeant William Oldham, of the Royal Engineers. Some of these men were not named on the memorial, as they enlisted after it was painted.

Alban Henry Gaunt, Private, CMT/377, Royal Army Service Corps. Henry was the son of George and Harriet Gaunt, of Burton Joyce, Nottinghamshire. He had resided at Haverfordwest prior to 1907, and married Jessie Evelina John in 1907. The couple then spent periods living at Skewen, Coedfranc and at Swansea and Llanelli prior to the outbreak of war, with Henry working as a Driver for Buckley’s Breweries. When war erupted, Henry enlisted at Llanelli as a Driver with the Base M.T. Depot, Army Service Corps. Jessie by now had moved with their children to The Bull Inn, Prendergast, Haverfordwest, to be back with her family. Henry moved to France with the BEF at the outbreak of war, most likely driving one of Buckleys own lorries, several of which were requisitioned by the army. He was wounded by shell fragments at the Battle of Mons and died of wounds at the BEF Base Hospital on 24 August 1914, aged 28. Henry has no known grave, and is commemorated on the La Ferté-Sous-Jouarre Memorial, France. Jessie remarried twice afterwards, and died in Staffordshire in 1953. 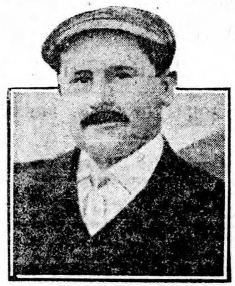 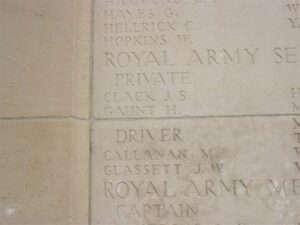 Ivor Guest Rees, Second Lieutenant, Welsh Regiment. Ivor was the son of William and Annie Rees, of Llanelli. He worked as a clerk at the Old Castle Works prior to joining Buckley’s, and worked on the mineral water plant. Ivor was commissioned into the 9th Battalion, Welsh Regiment. The Battalion was attached to 58 Brigade, 19th (Western) Division, and moved to France during July 1915, fighting at Loos in September that year. The following year the Division moved to the Somme, where it took part in the second wave of the attack on Ovillers-La Boiselle on 1 July, capturing the village at heavy cost. Ivor was wounded here, and evacuated to the Base Hospital at Rouen for treatment, but sadly died of his wounds there on 5 August 1916, aged 24. He is buried at St. Sever Cemetery, Rouen, France. His brother, Vivian Guest Rees was also killed. 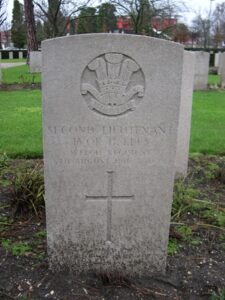 John James Rees, Private, CMT/373, Royal Army Service Corps. John was the adopted son of James and Sarah Rees, of the School House, Crundale, Pembrokeshire. He married Emily Mary Phillips, the daughter of John and Mary Phillips, of Peep Out Farm, Steynton, in Carmarthen in 1914 whilst working as a porter for the GWR. The young couple moved to 70, Marble Hall Road, Llanelli after John began working as a chauffeur for Buckley’s. He enlisted at Llanelli into the Army Service Corps. John was posted to the 40th Division Salvage Company, which was attached to the 40th (Bantam) Division. This Division was formed between September and December 1915, and moved to France during June 1916, moving to the front near Loos. Late in 1916 they moved south to the Somme, and fought at the Battle of the Ancre, and remained in the area over the winter. In March 1917 the Germans withdrew to their shortened line, called the Hindenburg Line, and the Division was one of the Divisions that followed the withdrawal. Later in the year they took part in the Battle of Cambrai, playing an important role in the attack on Bourlon Wood. They remained in the area over the coming months, but were caught here by the German Spring Offensive of 21 March 1918, and fought there at the Battle of St Quentin and retreating back westwards fought at the First Battle of Bapaume. Due to the terrible casualties suffered by the Division here they were sent north to Flanders to rest and rebuild, but in April the Germans launched an offensive in Flanders, and the 40th Division were caught up in the thick of it again, fighting at the Battle of Estaires, and then at the Battle of Hazebrouck. John was killed after this period, when he was struck by fragments of a German shell on 27 May 1918. He was 26 years old and is buried at Warlincourt Halte British Cemetery, Saulty, France. 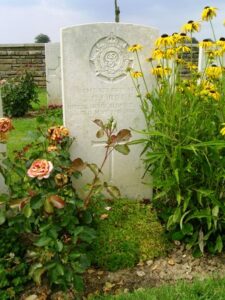 Hume Buckley Roderick, Captain, Welsh Guards. Hume was the eldest son of William and Ella Buckley Roderick, of Goodig, Pembrey. Born in 1887, he was educated at Parkfield School, Hayward’s Heath, and at Rugby, where he was a member of the Cricket XI. He later qualified as a Solicitor, and was a member of the firm of Roderick and Richards, Llanelli, and was a Director at Buckley’s Breweries, and had played cricket and rugby for the town. At the outbreak of war, Hume was a Captain with the 4th Welsh, stationed at Pembroke Dock. He went with the Welsh to Gallipoli, attached to the 53rd (Welsh) Division, but was invalided home due to illness. Hume then returned to Egypt to rejoin his Battalion in 1916, and later that year returned home again, to take up a Commission in the Welsh Guards. Meanwhile, whilst back in the UK, he married Barbara Garnons-Williams, daughter of the late Lieutenant-Colonel R. D. Garnons-Williams, who had been killed at Loos the previous year. The couple set up home at Tegfan, Devynock, Breconshire. Hume joined his new Battalion on the Western Front in December 1916 and took command of No. 3 Company, 1st Battalion, Welsh Guards. In July 1917 Hume was wounded at Ypres, but remained at the front, and moved with the Battalion from Ypres to positions near Cambrai, where they fought at the Battle of Cambrai throughout November and December 1917. Hume was killed in action at Cambrai on 1 December 1917, whilst leading his Platoon on a charge against a German Machine Gun Post. He was 30 years old, and is buried at Gouzeaucourt New British Cemetery, France. His brothers Alan and John Roderick also fell. 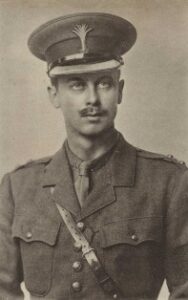 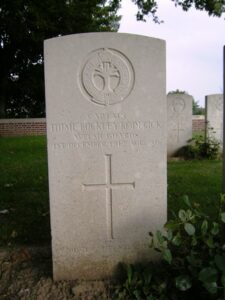 Maubrey Charles Thomas, Private, M2/079602, Royal Army Service Corps. Maubrey was born in Haverfordwest in 1875, the son of Caroline Thomas. By 1904 his father had died, and Caroline had married Henry Lloyd, of Garage House, Prospect Place, Llanelli. Mawbrey was working for Buckley’s by the time war erupted. He enlisted at Swansea into the Royal Army Service Corps, and served with the 593rd Company. Maubrey was then attached to the XIV Corps Heavy Artillery. He was at Ypres during the spring of 1916 when he took died on 23 June 1916, aged 40. Maubrey was buried at Vlamertinghe Military Cemetery, Belgium. 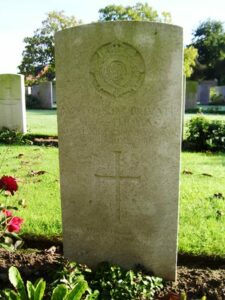 James Wedge Buckley, MC, Captain, Royal Field Artillery. James was the son of William Joseph Buckley, Director of Buckley’s Brewery, and of Muriel Buckley, of Penyfai, Felinfoel. He was commissioned into the Coldstream Guards on 28 April 1916, and served on the Western Front with their 1st Battalion. James was awarded the Military Cross for gallantry at Fontaine Notre Dame during the Battle of Cambrai, on 27 November 1917, and the German counter-offensive which followed. The citation was published in the London Gazette dated 16 July 1918, and read: ‘For conspicuous gallantry and devotion to duty in an attack. When his company commander became a casualty he at once took command, and on reaching the final objective organised the defence in a most efficient manner and assisted materially in breaking up the enemy’s attempts to counter-attack. He showed the greatest coolness and ability throughout the operations, and by his courage and personality set a most valuable example to his men.’ James survived the war but was wounded during the great offensive during the summer of 1918. He married Gladys Olwen Evans at Felinfoel Church in 1919. He served as a Captain with the 15th Battalion, Welch Regiment on home service during World War Two, and died at Llanelli in 1963, aged 65. His brother, William Howell Buckley served as an officer with the Inniskilling Dragoons, and survived though war, being wounded once. 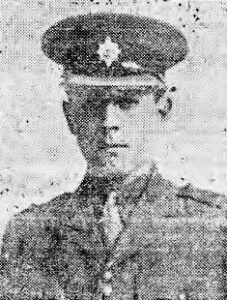 William Oldham, DCM, Sergeant, 448089, Welsh Field Company, Royal Engineers. William was the son of John and Sarah Ann Oldham. He had trained as a cooper at Burton upon Trent, and had moved to Llanelli with his wife Maud Matilda Oldham and their children to work at Buckley’s Brewery prior to the war. He served with the local Welsh Field Company, Royal Engineers, which was attached to the 53rd (Welsh) Division. William served in Gallipoli, Egypt and Palestine with the division. His award of the Distinguished Conduct Medal was published in the London Gazette of 15 February 1918, and read: ‘For conspicuous gallantry and devotion to duty. He did excellent work in positions exposed to the enemy’s fire, and set a splendid example to his men.’ His brother, Albert Edward Oldham was killed aboard HMS Southampton during the Battle of Jutland on 31 May 1916, and another brother, Jack, served with the RAF. William returned to Burton with his family after the war, and died there on 25 October 1952, aged 67. 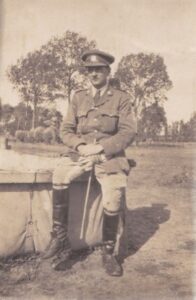