At 23.50 hrs on 23 August 1944, a Vickers Wellington Bomber, Serial JA453 of 83 Operational Training Unit, RAF Peplow crashed into the River Teifi at Cenarth. The aircraft had been on a night training flight over the North Sea when it lost power, and was attempting to reach RAF Aberporth. The site of the crash is within the grounds of Argoed Meadow Camping and Caravan Park.

On 4 September 1994, a service was held at Cenarth to commemorate the 50th anniversary of the crash of the Wellington, which had killed four of its crew, and injured two others. To commemorate the men, a brass plaque was manufactured by the Apprentices of RAE Aberporth, and affixed to the Cenarth War Memorial. 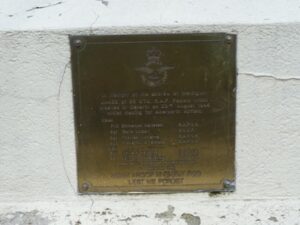 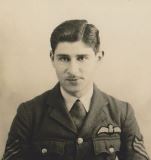 The two survivors, John Robertson, of Shropshire, and Howard Hawkins, of Hampshire, were treated at Cardigan Hospital, and attended the 50th Anniversary event. 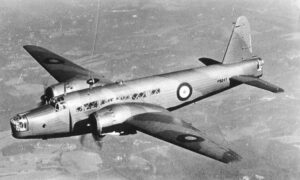